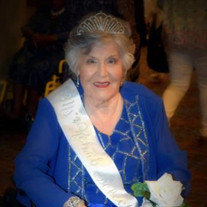 Helen (Roslin) Lewis Williams, age 85, died peacefully surrounded by her six children at Albertville Nursing Home on March 19, 2021. Helen was born to Percy and Charlotte Lewis in Minot North Dakota on April 20, 1935. She spent her childhood in Granville North Dakota and later moved to Missoula Montana with her family where she graduated from Missoula High School. Roslin, as she was known by most everyone, had a smile that lit up the room. She handmade the most beautiful Prom and Pageant dresses for all her daughters, helped as a Brownie leader for many years, and was an avid Band parent and chaperone for numerous events. Roslin worked hard at The Food Basket for many years where she made lifelong friends and became famous for the delectable cakes she baked for all their Birthdays. During this time she joined a bowling league and had many years of enjoyment. She lived a full life and loved every special occasion with her enormous family. We were ALL her favorites and we ALL loved her dearly. One of her happiest moments came late in life when she was crowned Miss Albertville Nursing Home in 2016. She is survived by one sister, Ann Foss of MN and brothers Charles Lewis of CO, George Lewis of TX and James Lewis of MT. Also by her six children, Raynell (Alan) Hallmark, Michael (Susan) Williams, Lorill (Wesley) Widner, Minea (Terry) Baker, Diane (Kennon) Sawyer, and Lance (Stephanie) Williams. Grandchildren, Amber (Jake) Helton, Bridgette (Zach) Wallace, Lucas (Kristi) Hallmark, Amanda (Bubba) Pitts, Heather (Jason) Wallace, Mickey (Tarah) Williams, Jaime McDaniel, Daphne McDaniel Lyle, Jared Widner, Travis Widner, Shelby (Tyler) Usnik, Jake Baker, Nathan (Melissa) Sawyer, Candace Sawyer, Dalton (Raven) Williams, and Andra Williams. 27 great grandchildren and 5 great-great-grandchildren. She is preceded in death by her parents, Percy and Charlotte Lewis of Glasgow MT, brother- in- law Thomas Foss of MN, sisters-in- law Pat (George) Lewis of TX, Pat (Charles) Lewis of CO, and Terri (James) Lewis of MT, as well as nephews Stanley Foss of CA, Stephen Foss of MN, and David Lewis of AZ. Visitation will be Sunday, March 21, from 5-7 p.m. at Etowah Memorial Chapel in Sardis. The funeral will be Monday, March 22, at 3 pm at Whitesboro Baptist Church, she will lie-in-state from 2 until 3 before the service with the Rev. Alan Hallmark and Pastor Michael Williams officiating. Pallbearers will be Lucas Hallmark, Mickey Williams, Jared Widner, Travis Widner, Dalton Williams, Nathan Sawyer, Jamie McDaniel and Jake Baker. The family would like to thank The Albertville Nursing Home for their loving care and to Shepherd’s Cove Hospice for their kind end of life care. Etowah Memorial Chapel Directing

The family of Helen "Roslin" Lewis Williams created this Life Tributes page to make it easy to share your memories.

Send flowers to the Williams family.