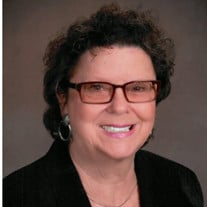 Jackie Dilbeck, age 85, of Boaz, passed away on February 5, 2021. Born November 24, 1935, to the late Irby and Nona Peppers, she graduated from Boaz High School in 1953. Jackie married Roland Dilbeck and they had three children- sons, Kelley and Kerrey, and daughter, Kim. While Jackie spent most of her life in Boaz, she and her family lived in various towns throughout the south early on while Roland was in the military. They ultimately settled down in Boaz where Jackie raised their three children. Jackie enjoyed a 45-year career with The Sand Mountain Reporter during which time she had her finger on the pulse of the community and cultivated several lasting friendships. She witnessed many changes as technology swept through the newspaper industry and she eventually retired in 2013. Upon retirement she battled and beat breast cancer. Jackie loved spending time with her family and was affectionately called Grandjackie upon the arrival of her first granddaughter. She was a doting grandmother that reveled in having all four girls with her for sleepovers. She attended their softball games, horse shows, school awards ceremonies, coronations, homecomings, birthdays, and graduations. She was an avid fan of The University of Alabama and loved country music. Jackie was an active member Sardis Baptist Church. Jackie is survived by her sons, Kelley (and Leanna) Dilbeck of Sardis, Kerrey Dilbeck (and Lynn Taylor) of Osteen, FL; daughter, Kim (and Barry) Komisar of Birmingham; sisters, Rovine (and Gene) Thrasher of Boaz and Dean (and Joe) Russell of Sardis; granddaughters Karoline Dilbeck, Annalee Dilbeck, Liv Komisar, and Sela Komisar; and great-granddaughter, Scarlett Hubbard; several nieces, nephews, and cousins. In addition to her parents, Jackie was preceded in death by her husband, Roland; their daughter, Donna; sister, Shirley Trammell; niece, Deanna Trammell; and nephew, JoeVann Russell. Funeral service will be Monday at 1pm at Etowah Memorial Chapel with burial to follow at Hillcrest Cemetery. Visitation precede the funeral service at 11:30am-1pm. Rev. Mike Goforth will be officiating. Pallbearers will be Barry Komisar, Joe Russell, Gary Thrasher, Roger Williams, Richey Patton, and Shannon Allen. In lieu of flowers, the family requests donations be made to the Marshall Medical Foundation, Sardis Baptist Church, or Susan G. Komen Breast Cancer Research. Etowah Memorial Chapel Directing

Jackie Dilbeck, age 85, of Boaz, passed away on February 5, 2021. Born November 24, 1935, to the late Irby and Nona Peppers, she graduated from Boaz High School in 1953. Jackie married Roland Dilbeck and they had three children- sons, Kelley... View Obituary & Service Information

The family of Jackie Dilbeck created this Life Tributes page to make it easy to share your memories.

Send flowers to the Dilbeck family.